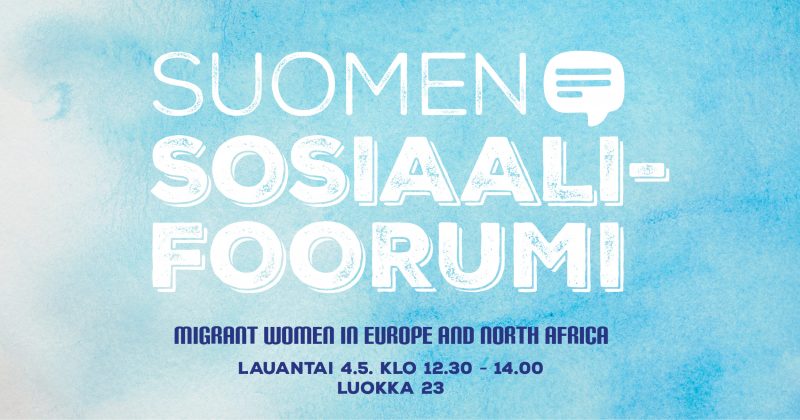 Sodfa Daaji contests the narrative of migrant women arriving in Europe, being excluded from society and ending up vulnerable to exploitation and violence. Why is a European moving for better opportunities to study or work called an ”expat”, while individuals coming from the south get labeled differently?

While civic spaces for promoting women’s rights are shrinking, migrant women are organizing themselves with the aim to be part of the conversation, refusing to be tokenized and used as part of a political agenda, either from the left or right. It’s time to bridge the intergenerational gap and generally work in solidarity to empower migrant women, who as much as any other women, have a voice!

Sodfa Daaji is a Tunisian-Italian women’s rights activist, convener and mobilizer. Her advocacy focuses on the rights of women, in particular of migrant, refugee displaced women, and the role of young women in bridging solidarity and making an impact. She is the current co-chair of Afrika Youth Movement, one of the biggest pan African youth led movements, and she is a member of the European Network of Migrant Women. Sodfa serves in the coordinative collective of Africans Rising and in the youth advisory council of UNGEI, United Nations Gender Equality Initiative. In the past years she has traveled across Africa and Europe, advocating for the rights of women, while discussing the patriarchal interpretation of culture, tradition and religion, and how this impacts the achievement of gender equality.